T-elos is from the Xenosaga series, only appearing in the final episode proper. She is a battle android similar to KOS-MOS, but with a few differences. Unlike KOS-MOS, she has a more malevolent personality, demonstrated by the way she speaks. Like KOS-MOS, she wields an array of different weapons, but also utilizes complex battle tactics to deal with opposition. According to a statement KOS-MOS made in Xenosaga Episode III, T-elos's power output is approximately 4.75 times that of her own, making her a very formidable opponent.

The T-elos Project, headed by Roth Mantel (an alias of Kevin Winnicot), was in progress during Episodes I & II. She officially appears in Episode III, where she promptly demonstrates her power against a dozen Gnosis during a military exhibition on 5th Jerusalem. It is eventually learned toward the end of the story that T-elos is actually constructed from the remains of Mary Magdalene's body, recovered from her grave in Renne-le-Chateau (which would make her more of a cyborg rather than an android).

When she faces off with KOS-MOS, she completely overpowers her and destroys her with her heels. The second encounter proved more of a challenge due to KOS-MOS's upgraded frame as well as assistance from Shion and the rest of the party. As she attempts to fire the Phase Transfer Cannon, KOS-MOS blocks it with her hand and retaliates with her own power. T-elos was defeated and dissipates, allowing KOS-MOS to merge Mary's body and spirit.

The latest model battle android developed under the anti-Gnosis Project Zohar. Telos means "ultimate purpose" or "goal" in ancient Greek. Unlike KOS-MOS, she is capable of displaying emotions. She is high-handed and has a cruel side that simply enjoys causing destruction. Fixated on obtaining something that KOS-MOS possesses, she attacks her relentlessly, once even almost totally destroying her. Just as with KOS-MOS, T-elos's body conceals a secret.

She uses many weapons similar to KOS-MOS, including T-Skylla, Magdalene-16, and U-Teneritas.

She makes his debut in Chapter 3: The Further Misadventures of Tron Bonne. Like Tron Bonne, she is transported into the past by Willamete's water fountain, then she mentions looking for KOS-MOS and proceeds to kill Frank and company. However, she is defeated by the Frank, Kogoro and their allies. Kogoro asks her if she wants join the party, but she refuses because does not want cooperate with strangers and leaves the place. At some point in the plot, she met Saya who persuaded her to join her with the promise of finding KOS-MOS, because she joins Saya to defeat the heroes in Chapter 13: Valkyries' Adventure, but she is defeated, so she along with Saya use the Byakuya X for escape, but they started a dimensional transfer to an unknown place and they as the heroes ended up in different places.

In Chapter 19: Thus Spake Eternity she is found by the heroes in the Corridor, after a short talk, she summons various Gnosis that somehow she does not know, they are in real space, while she waits for the contents of the coffin to open. After a few fights, the calibration tank is opened, however, it turns out that there was Alisa and not KOS-MOS, who she really waited, however, KOS-MOS arrives at the calibration room with Seth. She reveals that Seth needed a guide as he travelled across dimensions, so she accepted his request and she currently is accompanying him. Realizing that Seth is going to destroy KOS-MOS, she warns him of his attack and T-elos goes to protect her. She and KOS-MOS reveal that where they are located comes from an parallel time axis to the original and after a short talk, KOS-MOS and T-elos declares a ceasefire until they return to his own time, so she joins the heroes.

Her theme is "The Battle of Your Soul" from Xenosaga Episode III. 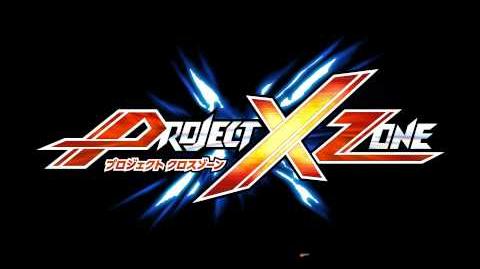 Retrieved from "https://projectxzone.fandom.com/wiki/T-elos?oldid=18557"
Community content is available under CC-BY-SA unless otherwise noted.