Saya is the main antagonist from Namco x Capcom. She uses several different swords (called Homura, Kouri, Kusabi, and Shinogi respectively) and a grenade launcher called Kurotsuchi. She is a high-ranked agent of Ouma, an organization known for causing chaos across the world, and an enemy of the Shinra unit. Her true form is a Were-Fox, and she can use many different arts. She later returns as an antagonist in the sequel, Project X Zone 2.

10 years prior to Namco x Capcom's events, she fought against Shogo Arisu and even scarred young Reiji in the head before being sealed away. Years pass, and she reappears again in front of Reiji and Xiaomu. After sending their friends away in Roppongi, Reiji managed to break the Dimensional Seal and managed to aim her gun at her head. Though he misses his chance, Reiji and Xiaomu were the last ones to disappear.

She conspired with different orginazations and enemies, all for one purpose: the revival of the Ouma Project, 99.

She also appears constantly against the heroes, even taking the time to occasionally flirt with Reiji, which annoys him. Near the end, the worlds merged and 99 was finally revived. Eventually, Reiji finally stood against her and destroyed the ancient armor. She then allowed Reiji to take the last shot to her head.

An agent of "Ouma" an organization that opposes Shinra and seeks to bring chaos to the world. A central figure in many of Ouma's plans, she has been active in many different places. Her true identity is an extremely old werefox, a mystical creature with the ability to disguise herself as a human. She fights with three swords called "Homura," "Kouri," and "Kusabi" respectively, a grenade launcher called "Kurotsuchi" and short sword coated in poison called "Shinogi." She is also skilled in the mystical arts of the werefox. She has a very laid-back personality and takes things at her own pace, ofter interacting with others in a contemptuously nonchalant way. She also apparently has a long history with the Arisu family.

She appears in Super Robot Wars OG Saga: Endless Frontier as a boss character and fought against Reiji and Xiaomu along with Haken, Kaguya, and KOS-MOS. She eventually appears as a support character in its sequel, Endless Frontier EXCEED.

In Project X Zone, Saya makes her debut in the end of Chapter 2: The Fighting Vipers with their two bodyguards, Dokugozu and Dokumezu. Then it appears in Chapter 4: Arisu in Wonderland as Rival Unit. She with their minions scan Shibuya for unknowns reasons, but is found by Kogoro and his allies, so she proceeds to kill them. However, Reiji and Xiaomu find her and proceed to help the heroes to defeat her. After his defeat she retreats not before knowing there will be a fight beetween Shinra and Ouma. Later, she reappears in Chapter 11: Across Infinite Time talking with Seth and entrusting their Byakuya X to Oros Phlox.

Once again, she reappears in Chapter 13: Valkyries' Adventure, who persuades Selvaria for attacks the heroes. Suddenly, she invokes a army of Katanas, Akatanas (other Saya's clones from the original Katana) and their Byakuya X (a mejored unit from original Byakuya, who can rip dimensional holes in space). After his explanation, she proceeds to attack the heroes, but is defeated, so she uses the Byakuya X for escape, but they started a dimensional transfer to an unknown place and they as the heroes ended up in different places.

She then reappears in Chapter 23: Ulala's Swingin' Report Show in Transport Merciful Goddess, a server from The World created by Feydooms, based on Zephyr, Leanne and Vashyron's memories, along with their two bodyguards, Dokugozu and Dokumezu, a Byakuya X and Ouma's minions. She only comes to testing Byakuya X in digital environments, however, seeing the heroes there, it seems a good idea to hinder their mission. However, she is defeated once again and retreats from the server. Recently, she reappears in Chapter 24: Maidens of the Battlefield being invoked by Due along with various Ouma's minions, but is defeated by the heroes and retreats from the Pyramid.

However, in Chapter 25: A Storm of Romance, she wanted to use the Byakuya X to gain control over the dimensions, but she discovered that Oros Phlox are using their Byakuya X with other uses unrelated to Ouma's objectives, as corrupt the Fujisakura's spirit to use it as a weapon that will damage several worlds of a simple blast, also, she rejects her alliance with Oros Phlox, knowing the true powers of the Byakuya X, so she joins the heroes as a Solo Unit.

She uses her swords and gun, as well as her Werefox charms to deal with her enemies.

Saya's theme for Namco x Capcom is Ouma Profusion. For Project X Zone, she shares the opening of theme of Namco x Capcom, Brave New World, along with Xiaomu. For Project X Zone 2, Saya and Sheath both receive a remix of Ouma Profusion (called Twilight Profusion overseas), along with the PS2 version of the song when played via the Original Game Sound Edition. 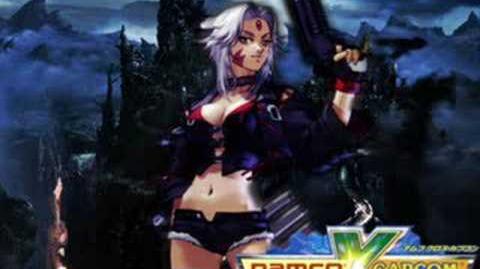 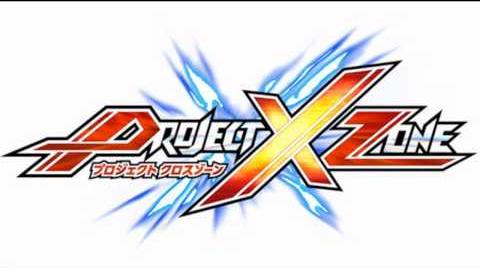 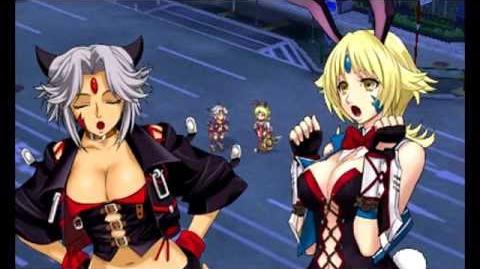 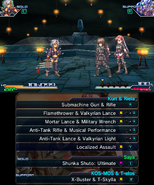 Retrieved from "https://projectxzone.fandom.com/wiki/Saya?oldid=18366"
Community content is available under CC-BY-SA unless otherwise noted.