Rikiya is from the game Zombie Revenge, a spinoff game from the House of the Dead series. A special agent that deals with zombie related problems, he can deal damage with his unique fighting style and other weapons.

A top-secret government plan to use zombies (UDS: Undead Soldiers) was lost, but a year later, the nearby town of Woodside City was ravaged by zombies. AMS sent three of their best agents to deal with the threat: Stick Breitling, Linda Rotta, and Rikiya Busujima. They were sent to eliminate the threat as well as track down the one responsible for the viral spread: a man known as ZED.

They encounter a girl named Yoko and her boyfriend who came to investigate the incident. She flees after her boyfriend's untimely death. While running, she encounters a man with a gold eye who gives her a disk to deliver to the agents. When they arrive, she was about to fall victim to more of the undead. After dealing with them, they get the disk and find a message from ZED taunting the agents, as well as showing them 3 cards. After choosing one, the message ends saying they'll understand the meaning if they survive.

They encounter the man in the chemical plant, but escapes before the building explodes. After being rescued in a helicopter, they are informed by the pilot and felllow AMS agent Marco Cloud, that a train carrying the virus is rigged with explosives and set to crash. The agents manage to stop the train, but ZED got the jump on them. They awaken in front of a huge mansion.

ZED reveals that his parents were involved in the UDS project, but were killed by a scientist who used them as experiments: Gil Breitling, Stick's father. He swore revenge by unleashing the virus, and intends to kill all of humanity by unleashing a UDS inside him known as the "God of Destruction". They eventually reach the underground base where they fought ZED head-on, and he was eventually defeated.

With his last breath, he unleashes the UDS inside him: Black Magician Type 01. He gained powers depending on the card the agents chose, but after a grueling fight, the monster is finally destroyed. After the fight, they find themselves in a desert at sunrise. While Breit expresses regret, Rikiya calms him, saying its all in the past. Marco arrives on a helicopter saying that ZED survived somehow and hijacked a ship. Rikiya looks up and says "Looks like we still have work to do."

A member of the Japanese Ministry of Home Affairs Special Investigation Unit. Calm, collected and taciturn, when he does speak, he immediately cuts to the heart of the matters. He is a master of the "Busujima Style" of hand-to-hand combat, which is passed down to only one student. The control of ki energy that this brings him provides a variety of special attacks, including the "Busujima Style Fireworks" that cause the target to explode from the inside. He also has the ability to detect the presence of evil. While investigating Wood City, the scene of a massive zombie outbreak, his pursuit of the truth revealed that a national secret plan called "U.D.S." was involved, intending to turn the dead into weapons. In the end he fought with ZED, a man trying to turn this already twisted plan to his own evil ends.

Rikiya first appears in Prologue 5: Dead Re-Rising and reappears in Chapter 21: The House of the Dead along with Chris and Jill. Rikiya moves in by firing a magnum at the enemy, then starts using his bare knuckle brawling to do the work, finishing with his unique "Fireworks" move.

His theme is The House of the Dead. 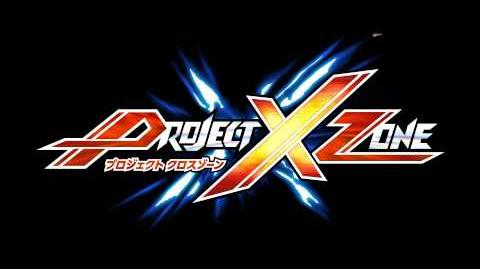