"Do well enough, and you may become one of my minions."
—Princess Devilotte de DeathSatan IX, Project X Zone

Born June, 6th 2086, Devilotte spends her time searching space with her two goons, Dave (a mad scientist) and Xavier (an evil wizard), she searchers for owners of Variant Armor so she can steal parts from them. She flies the S-008 Super-8, a mecha that appears similar to an octopus and designed for underwater use.

The first princess of the royal Deathsatan family, rulers of the space colony Helldorado, and the next in line to the throne. Her full name is Devilotte de Deathsatan IX. With her underlings Dave and Xavier, she travels in her giant mecha "Super-8" and carries out all sorts of villainy. Lives true to her desires in all things, and hopes to become a force that will bring destruction and chaos to the entire universe. She hates justice more than anything, and will often take a stand against it. She has a crush on Gawaine, the her of the Federation of the Colonies, and plans on making him her husband.

Devilotte first appears in Chapter 14: Eternal Rivals. When called on, Devilotte steps in and commands mecha from other Capcom games to attack for her, in addition to Jin Saotome's Blodia. She summons Mobilsuits α & β from Side Arms Hyper Dyne and Grand Kaiser from Tech Romancer before attempting to hit the opponent with the Blodia Punch, only to get hit by the mecha's massive fist and sent flying into the enemy.

Her theme song is a remix of her Cyberbots theme, Super 8. 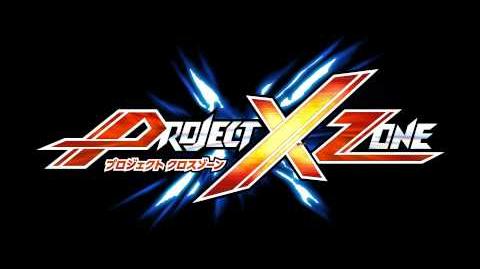 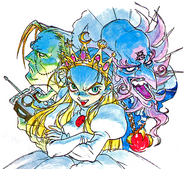 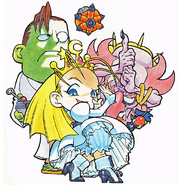 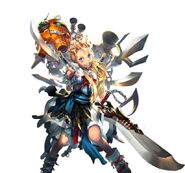 Street Fighter × All Capcom
Add a photo to this gallery

Retrieved from "https://projectxzone.fandom.com/wiki/Princess_Devilotte_de_DeathSatan_IX?oldid=17298"
Community content is available under CC-BY-SA unless otherwise noted.