< Neneko
Edit
watch 01:36
We're Getting Mutants in the MCU - The Loop
Do you like this video?
Play Sound

Neneko and Neito come from the Japan only game Yumeria (though the anime series based off the game was localized). While Neneko is cheerful and inquisitive, Neito is more calm and serious. They both share the same body, and switch periodically.

A 9-year old girl who considers everything a mystery. She always wears a cap to conceal her cat ears, though it's yet to be confirmed. They do seem to twitch whenever she's excited, however. When fighting in the dream world of Moera, she wears a different outfit and gains new abilities. In the anime series, she also has a cat called Koneko that is always by her side.

A woman from the future, she is able to "reverse re-incarnate" into Neneko's body should the time allows. She comes from a future where the world is destroyed by the Feydooms. She has gone back to the present day to help Tomokazu (the main protagonist in the game) change the future. Near the end, it is revealed that she is, in fact, Neneko's twin sister. She also has a grey cat around her called Keito.

Neneko and Neito are introduced to the game's events (excluding the prologues) in Chapter 8: The Domain of Dreams.

While Ken and Ryu try figuring out where they got sent to, Neneko suddenly shows up, teleporting around and repeatedly saying "It is, really." Once the two get her to stop, they ask her what city they are in, and she tells them that they are in The World, but she doesn't know why. Before she can go on, Neito takes over, which freaks out Ryu and Ken. Neito explains what The World is, and that the Feydooms, an evil presence from Neneko and Neito's world, are the ones who brought Ken and Ryu there. Before much else could happen, Feydooms show up, though much smaller than they were before. Neito allows Neneko to take over again, and she works alongside Ryu and Ken to defeat the Feydooms.

Eventually, the other characters get teleported into The World, where they assist Ken, Ryu, and Neneko in fighting off the Feydooms.

From this chapter on, Ryu and Ken become members of your party for the rest of the game, and Neneko and Neito become optional Solo Units, although they still appear in some conversations later in the game, regardless of if you paired them with a Team Unit or not.

A mysterious girl obsessed with the pursuit of mysteries. In actuality she was born to be the body for Neito to travel back into from the future, in order to protect the world from the Feydooms. While fighting to save the world in the dream world of "Moera" alongside the high school student Tomokazu Mikuri, she also struggled with her eventual fate, that if they are successful and the future was changed, she would cease to exist. However, due to Tomokazu wishing so strongly for a future with Neneko in it, she remained alive even after the Feydooms were defeated. A little naïve, she quickly takes a liking to people.

A girl from the future of a parallel world in which the Feydooms rule everything. In order to change that future she seeks out Tomokazu Mikuri and uses the forbidden "reverse re-incarnation" to be reborn as Neneko. The complete opposite of Neneko, she is cool, collected and logical. The effects of the Feydooms had stunted her emotions, but her interactions with Tomokazu eventually brought warmth back to her heart. After defeating the Feydooms she achieved separation from Neneko and lived happily alongside her, but now, sensing a new threat, she joins with Neneko's subconscious again.

Neneko steps in while her Ripper weapon flails about, smashes the enemy with her 765kg hammer, then changes into her Moera outfit and finishes with her Calamity Ripper attack. She first appears in Chapter 8: The Domain of Dreams.

Her theme is Curiosity and the Cat from Yumeria. 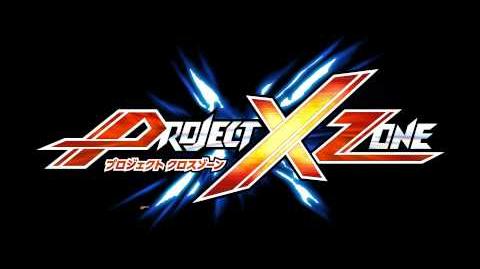