"Nihao! I like to greet my opponents before I give 'em a beating!"
—Hsien-Ko

Hsien-Ko (known as Lei-Lei in Japan) is a Dark Hunter who hunts down demons. She is a jiangshi (Chinese zombie) who uses various tools and weapons to fight her opponents. Despite her looks, she has a cheerful personality.

Hsien-Ko and her twin sister Mei-Ling (called Lin-Lin in Japan) were born into a family of senjutsushi. On the night of the coming of age ceremony, their village was attacked by Darkstalkers. Their mother protected them at the cost of her life and her soul was lost in darkness. To save her, Hsien-Ko used the Igyo Tenshin technique to transform into a jiangshi. Mei-Ling turned into a ward to help her sister keep her sanity, and so they became Dark Hunters to avenge their mother's death. After saving her soul, their mother's power reincarnated them and were raised in a normal family.

However, on their 16th birthday, their powers awakened due to their mother's power. It caught the attention of Jedah Dohma and they began having nightmares on the night their latent powers were released. They dreamt that they were back in their homeland where their ancestors and the Darkstalkers battled each other. They decided to fight in order to return home, and in the same form they took when Pyron visited Earth. But in order to combat the new threat, they needed the power of their senjutsu techniques. With their mother's help, they were able to use skills without thought, but they would lose it the second they lost trust in each other.

When their souls were lost to darkness in the Majigen, it was their mother's turn to save them. Since then, they've now lived normal lives.

Hsien-Ko's mother was killed protecting her daughters from a demon. In an attempt to save their mother's soul from the darkness, Hsien-Ko and her sister attempted the forbidden Igyo Tenshin-no-Jutsu, and Hsien-Ko ended up being turned into a mystical Chinese "jiangshi."

She fights using giant claws, along with a wide variety of weapons stored up her sleeves.

Her twin sister Mei-Ling is actually the paper talisman hanging from her hat, transformed in order to prevent Hsien-Ko from losing herself and going on a rampage. The two of them finally managed to save their mother and were reincarnated as human babies once more.

However, since reaching adolescence, they have regained some knowledge of their former selves.

Hsien-Ko has a very positive personality and a smile for any situation, no matter how grave. Because they are both zombies, Lord Raptor (Zabel Zarock in Japan) is constantly hounding her and despite his attempts to woo her, she wants nothing to do with him.

Aside from the Darkstalkers fighting games, Hsien-Ko has also appeared in Super Puzzle Fighter, Pocket Fighter and Namco x Capcom (where she was ironically teamed up with Fong-Ling from Resident Evil: Dead Aim). Marvel vs. Capcom 3 also marked her first appearance in the famous crossover fighting franchise.

Hsien-Ko is paired with Frank West. She appears alongside him in Prologue 5: Dead Re-Rising and reappears in Chapter 3: The Further Misadventures of Tron Bonne. She uses most of her moves from Darkstalkers along with anything else she has up her sleeves.

Her theme is a remix of her Darkstalker stage (China). 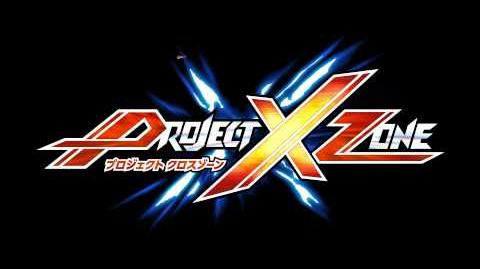 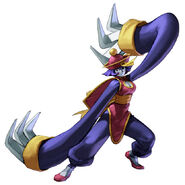