Gemini Sunrise (ジェミニ・サンライズ, Jemini Sanraizu?) is one of the main protagonists from SEGA's Sakura Wars franchise, in particular, Sakura Wars 5. She is a young cowgirl who is skilled with the katana and is a prominent member of the New York Combat Revue's Star Division, a group of individuals with highly developed spiritual powers tasked with eliminating the Kouma in America while under the guise of an American theatrical troupe. She pilots a custom orange-colored Koubu which is outfitted with a larger, more effective version of her katana. She is voiced by Sanae Kobayashi.

Gemini was born around the early 20th century in America. Originally from Texas, Gemini made the choice to move to New York following the death of her Master Mifune, a Japanese samurai who had brought her in as his apprentice. Upon arriving to New York, Gemini moves into an apartment with her horse, Larry and befriends her new neighbor, Shinjiro Taiga. Following this event, she decides to get work at the Little Lip Theater, hoping to eventually get the chance to join the troupe itself and the New York Combat Revue. Unfortunately, the hardships of her new life soon forces Gemini to rethink her decisions as she struggles to adapt to New York's environment and becomes depressed, with the severity of her depression nearly pushing her into moving back to Texas.

It is later revealed that Gemini was moonlighting as a notoriously skilled masked vigilante on a white horse, illegally righting injustices as she saw fit. However, the woman within the mask referred to herself as Geminine, an individual who claimed to be Gemini's sister. Geminine reveals herself to Shinjiro Taiga to be Gemini's alternate personality, an aggressive and vengeful personality that was initially supposed to be a living person. Gemini and Geminine were born at the same time, however the former was completely unaware of the latter's existence. Whilst training with their Master Mifune, Geminine made it known that she sometimes dominated the body to hone her own skills and spend time with the Master. Her presence became more prominent in New York as she would dominate Gemini's body while the latter was experiencing severe depression from her loneliness. Her aggressive behavior stems from the fact that she was denied the right to exist as a living, breathing individual, having to use her own sister's body to make up for it.

Geminine eventually dominates Gemini's body to the extent that Gemini no longer exists, forcing Shinjiro to confront her and rescue Gemini. Following their confrontation however, Geminine comes face-to-face with her sister Gemini, who convinces her that their Master would be happier if she were to live her own life in bliss rather than pursuing an unfulfilling life of hatred and revenge. Accepting her existence and inevitable fate, Geminine comes to a resolution with her own sister, allowing Gemini to have her body back while sleeping within a corner of Gemini's mind. Finally coming to terms with herself and her sister, Gemini overcomes her depression and joins the New York Combat Revue, becoming its final member and declaring that she no longer feels alone due to the help of her sister, her friends and Shinjiro Taiga.

Gemini possesses an intense level of spiritual power stemming from the fact that she has two personalities in her body. She is a very friendly and bright person although she has a bad habit of getting lost in daydreaming. She has high aspirations to become an actress and a proper woman, joining the Little Lip Theater solely to achieve them. She finds it difficult at first to fit in with the New York populace because they think of her as a hillbilly or country hick due to her cowgirl lifestyle. Due to her training as a samurai, Gemini, like Erica, is obsessed with Japanese culture, often asking Shinjiro many misunderstood questions about it and someday hoping to visit Japan someday.

A member of the Star Division of the New York Combat Revue, a unit led by Ichiro Ogami's nephew Shinjiro Taiga, and a musical star at the New York "Little Lip Theater." A cowgirl from Texas, she also fights using the sword style taught to her by her master, Mifune. Has a cheerful and somewhat naïve personality, loving silly puns and especially fond of Japanese samurai and period dramas due to the influence of her master. She had an aggressive split personality called Geminine who sought revenge for her master's death, but with the help of Shinjiro she managed to find peace and resolve those issues.

Gemini wields a katana which she has named Red Sun as well as her revolver. In battle, she uses her katana, spiritual powers and her revolver. Her partner is Erica Fontaine, a member from the Paris Combat Revue who shares many similar traits with her and Sakura Shinguji. They make their official appearance in Chapter 6: Justice Among the Skyscrapers.

In Project X Zone 2, Gemini first appears in Prologue 2: O Brother, Thou Must Not Die and reappears in Chapter 18: Escape from the Gangs of New York. she partners with Sakura Shinguji and her Mifune Ryu Kempo pairs well with Sakura's Haja Kensei techniques.

Her theme is the opening theme of Sakura Wars 5, Warriors of the Earth (or Chijou no Senshi in Japan, know as Surface Warriors in Project X Zone English version). 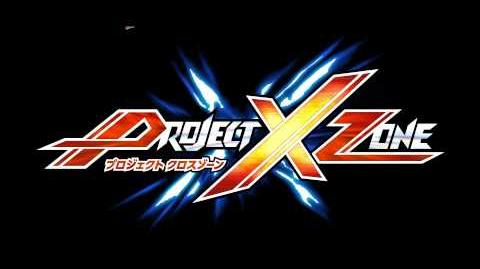 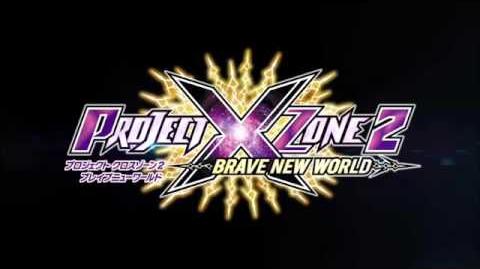 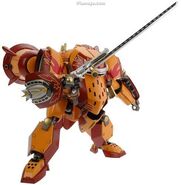 Gemini on her bikini from Sakura Wars V.