"A flower of blood blossomed in the darkness. I like it..."
—Demitri

Demitri was a Makai noble.

Hundreds of years ago, he challenged Belial Aensland. He lost the battle and was exiled from Makai to the human world with his castle. Sunlight was something that was troublesome for people of Makai, especially for vampires like Demitri. It was even worse since he was wounded severely from his battle with Belial. If he were to be directly exposed, his body would be destroyed from the inside and he would disappear.

To avoid the sunlight and humans, he used what he had left of his powers and created a field to cover his castle. He used this field to recover his strength and heal his wounds. For fifty years, he stayed within his casket. As he slowly regained his strength, he would step out only once a full moon put a shield around his body.

By this time, there were already people that wandered into the castle despite his threats. They heard rumors of a treasure within the castle. Those people had brought crosses, stakes, garlic, holy water, and silver bullets thinking they were safe and recklessly attack Demitri. However, Demitri couldn't help but smile as such weapons had no effect on him.

To Demitri, humans were an inferior race, but he enjoyed their blood (mostly the blood of innocent girls). It was like drinking the best wine in Makai, according to him. Those who had their blood sucked by Demitri had their bodies and souls poisoned with evil, becoming loyal servants to Demitri. Currently, forty people have settled in Demitri's castle and serve him.

When Demitri recovered eighty percent of his powers, he was able to temporarily create an aura around him that would protect him from the sunlight. The former Makai noble had conquered both night and day and had no weaknesses. There were no means for humans to defeat him. After one hundred years of humiliation for his loss, the Prince of Darkness steadily readied himself to take over Makai once again.

Head of the House of Maximoff and a Makai noble. More than a century ago, he challenged the King of the Makai, Belial, in battle and was defeated, resulting in his banishment to the human world. There, he quietly regained his powers before returning to the Makai. After the death of Belial, his daughter and successor to the Makai throne, Morrigan, became Demitri's target. However, upon sensing the presence of the resurrected lord of the House of Dohma, their battle was temporarily put on hold. Demitri now burns with a desire to put the upstart Jedah back in his place. While he acts as a proud and noble gentleman outside of battle, once the fighting starts his cruel demonic tendencies come to the fore. He also pays a great deal of care to his personal appearance, always carrying a can of hairspray tucked away inside his cape.

His theme is a remix of his character theme from Night Warriors: Darkstalkers' Revenge.

In Project X Zone 2, his theme is a remix of his stage music from Darkstalkers 3, "Feast of the Damned". 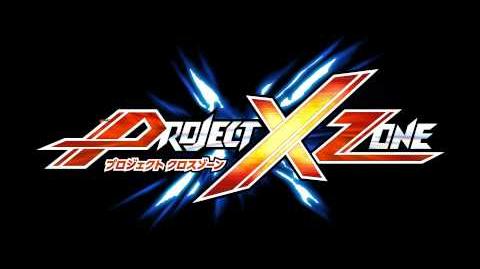 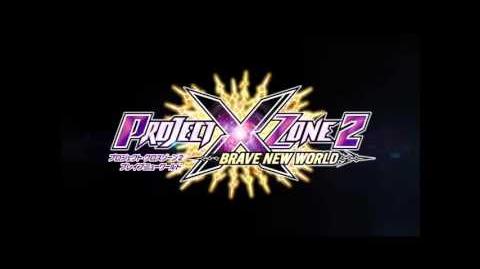 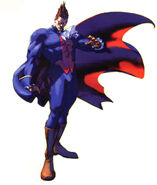