Her goal is to unify the worlds through Shibuya, using the Centipex and the Dimension Fusion Charges, to rule over the unified world as its god.

Byaku Shin is infact, Kyuju Kyu (or 99) well after her previous defeat in Namco x Capcom. After her defeat, she wasn't completely destroyed, every part of her broke into 101 pieces. 99 of these pieces were scattered into different worlds and time periods, evident by the fact that during her defeat, the fusion of all words was nearly complete.

However, 2 of the 101 pieces (the head and torso) ended up on a little island within a crevice outside of time called the "Centipex". The island and its function to complete the fusion was originally meant to be triggered by Kyuju Kyu.

Sometime after the head and torso ended up on the Centipex and without Saya as its core, Kyuju Kyu, still somehow surviving, uses the pieces to slowly but surely create a new body. During the process, the island itself releases the Golden Chains to many different worlds. The chains themselves have the ability to gather energy, widen the rifts/seams between dimensions, and point out where the scattered parts of Kyuju Kyu were.

Before Kyuju Kyu, now known as Byaku Shin, could be complete and reactivated, it required one final step. The rebuilt pieces that became Nine Nine to establish contact with it and for Shinra and its comrades to break the egg shaped barrier on the Centipex, not knowing what it was about to unleash...

Originally developed as Kyuju Kyu's upper body prototype by Ouma's Far East Headquarters, it has gone haywire as a result of losing its living core control device and has since followed its own evolutionary path.

It can command many different types of monsters and generates a form of energy capable of smashing through dimensional walls. In combat, it primarily uses the energy stored in its chest for projectiles and the high-powered beam sabers on both of its arms for melee. Its arms can also be fired as projectiles in their own right and controlled remotely.

Incidentally, the golden chains that appeared in each world were originally released from Byaku Shin's body, as a kind of beacon used to pinpoint each of Kyuju Kyu's parts that had been scattered across dimensions.

Her theme is "God The Hundred". 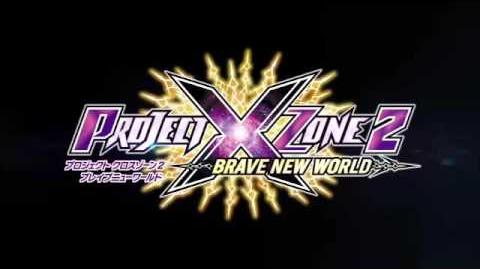