"You can't win if your passion is weak."
—Batsu, Project X Zone

Batsu Ichimonji (一文字 伐, Ichimonji Batsu?) is a character from Capcom's Rival School series. He is the lead protagonist of his series and has also appeared in Capcom's cross over series Tatsunoko vs. Capcom. In Rival Schools and Project X Zone he is voiced by Nobuyuki Hiyama, who also voices Haken Browning and Demitri Maximoff. His fighting style is similiar to Ryu of the Street Fighter series as they both have fireballs and uppercut punches.

Batsu is the son of both Raizo Imawano and Shizuku Ichimonji. As his father became estranged, he and his mother live for their lives without him.

Batsu is now a transferee student in Taiyo High School due to his hot headed and impulsive attitude, He is known as a Hot-Blooded Transfer Student.

In Rival Schools, Batsu returns home to see his mother Shizuku only to find out that his estranged father, Raizo had carried his unconscious mother which he kidnaps her forcing him to rescue her. He joins up with Hinata Wakaba and Kyosuke Kagami to investigate his mother's kidnapping. (Batsu was unaware that Kyosuke is behind the kidnapping.)

During their investigation, they were confronted by his rival, Roy Bromwell along with Tiffany Lords and Boman Delgado who were brainwashed by an unknown assailant which they manages to free them from brainwashing by defeating them and also follows both Hideo Shimazu and Kyoko Minazuki during the infiltration of Justice High School. Batsu now confronts his father, Raizo who was responsible for kidnapping his mother and also the principal of Justice High School and he antagonizes his son to face him in a fight. Batsu becomes angered to see Hinata was brainwashed and she was in his father's side which forces him and Kyosuke to fight them both.

After defeating his father and Hinata is free from brainwashing, Hyo Imawano reappears as he reveals that he was the one who brainwashed his father and the two faculty members to do his bidding. He also reveals to them that his twin brother, Kyosuke who kidnaps his mother. With that, Kyosuke decides to defeat his twin brother and he sides with both Batsu and Hinata to stop his plans. After Hyo's defeat, Hyo forgives his brother for his actions and Kyosuke accepts his apology and he wants his brother to change his lifestyle to make friends with other people.

After the incident and his ending, he rescues his mother and makes peace with his father Raizo after been freed from Hyo's brainwashing.

Batsu ends up being beaten by his father in some occasions which he gains a bump on his forehead due to his father Raizo whacked his head with his fists or chasing after him in the hospital from Raizo's ending due to his lackluster grades and he almost excels poorly in other subjects except physical education.

In Project Justice, Batsu now investigates along with Hinata and Kyosuke about the incident in the athletic competition between Taiyo and Pacific. The trio are confronted by Kurow Kirishima the leader of the Darkside Student Congress who masterminded the discord towards other schools and an assassin sent to kill all the Imawano family.

Batsu has two fates in Taiyo story after defeating Kurow and Wild Daigo.

Both Batsu and Kyosuke became helpless to save Hinata from Kurow as Roy, Tiffany and Boman came to the rescue and fight Kurow.

and the other after Akira defeats him once, Batsu becomes frustrated to think himself as the enemy (although the disguised Kurow as Vatsu did attacked Akira) as he went separated to the group.

Later when Hinata was attacked by a disguised Kurow as Vatsu. Batsu manages to rescue her and hits him with a powerful guts bullet. Both Hinata and Kyosuke were surprised to see Batsu's appearance due to his vigorous self training to become stronger and known to him as Burning Batsu.

The trio now confronts a disguised Kurow finally reveals himself along with Momo Karuizawa and his older sister, Yurika Kirishima who mastermind the discord towards most schools. After defeating Kurow, Hyo reappears after he reveals to them that he does not affect on Kurow's brainwashing this causes Kurow to get angry as both clash until Hyo overpowers Kurow who suffered severe injuries. It was then, Hyo was controlled by his evil father's spirit, Mugen Imawano which His father Raizo informs them after he wakes up from his consciousness. The trio ow fights against Hyo now known as Demon Hyo and Kyosuke has another way to stop him despite Hyo tells his dying wish before his evil father regain control of his body. After defeating him and Hyo's death, Kyosuke cries at the death of his twin brother as both mourns of his loss. After Kyosuke's disappearance due to Hyo's death, Batsu still tells them that he will be back to school soon.

A student attending Taiyo High School, and a youth overflowing a sense of justice. Is of the bloodline of the Imawano Ninja. Has a short temper but strongly values friendship and is hot-blooded and passionate. When all of the schools in the region were being attacked, he infiltrated the elite Justice High School. He defeated Hyo, the student president, and brought an end to the disturbance, but one year later another incident occurred when a fake Batsu attacked all the schools. Having uncovered the true culprit, a man called Kurow who has been working to defeat the Iwamanao, Batsu brought this second incident to a close with the aid of his schoolmates and restored peace to the education system.

Appearances in other mediaEdit

Batsu uses many of the same attacks from the Rival Schools series such as his projectile, Guts Bullet (Kiaidan in the Japanese version) and his Cresent Moon Kick. He also has a rising dragon punch similiar to Ryu's called Guts Upper. He appears in Chapter 16: Detestable Golden Sunny Demon with Jin & Xiaoyu.

His theme is We'll Protect Our School, a remixed theme from Rival Schools. 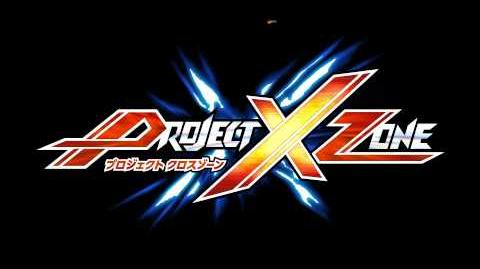 Tatsunoko vs. Capcom
Add a photo to this gallery

Retrieved from "https://projectxzone.fandom.com/wiki/Batsu_Ichimonji?oldid=17928"
Community content is available under CC-BY-SA unless otherwise noted.