"Even if I fight a million battles, I shall remain victorious!"
—Arthur, Project X Zone

Arthur (アーサー, Āsā?) is a gallant knight whose mission is to save his princess from the evil demons of the hellish Infernal Village. He uses a variety of weapons, and can wield magic for a certain amount of time with his Golden Armor.

Princess Prin Prin has been captured by the demon Satan, and Arthur sets out to rescue her. After encountering dangerous demons and beasts, he eventually reaches the inner chambers of Satan's castle and defeats him.

Prin Prin had been captured by numerous powerful demons, and each time, Arthur once again emerges victorious despite the nearly insurmountable odds against him.

The mightiest knight in the kingdom, Arthur is also known as the "Silver Knight". Always true to the knight's code, his daily training is his life. Though brave and dashing, he also keeps his cool of at all times. Even if the armor he wears is destroyed, he will continue to fight in just his underwear. Having entered the Makai in order to rescue the captured Princess, he scatted the demons standing in his way and finally faced off with their king, Astaroth. A few years after Arthur's victory, however, the Makai revived again. In order to save the soul of the Princess, again captured by the the friends, a fierce battle with the Makai starts once more.

Arthur appears as a Solo Unit. He first appears in Prologue 4: The Man The Devils Fear, and reappears in Chapter 15: The Gain Ground System, where he and Lady officially join the party after being rescued from their "hostage" predicament. When called on, two of his signature lances come flying in from offscreen, then Arthur himself enters as he throws a scythe, and then hurls an axe. Following that, he uses a crossbow, flings one blue torch and then jumps while dropping a second red torch onto the enemy. As he sails overhead, he drops a rain of daggers while landing on the other side of the target. After hurling two blades into the enemy's backside, he leaps into his Golden Armor, dons it and unleashes his Thunder Magic attack, which causes his armor to burst apart like it often does in his games, sending him flying away from the battle.

His theme is a remix of the first stage in Ghouls n' Ghosts. 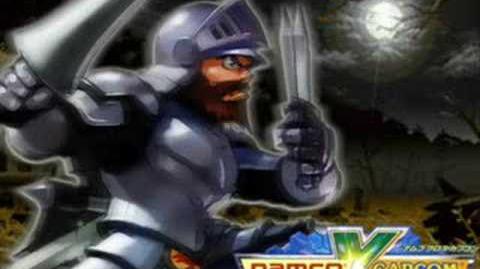 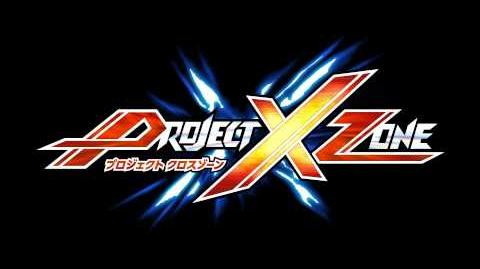 Toma, Yuri, and Arthur team up 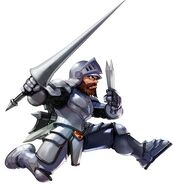