"My name is Alisa. Pleased to meet you."
—Alisa Bosconovitch, Project X Zone

Alisa Bosconovitch (アリサ・ボスコノビッチ, Arisa Bosukonobicchi?) is from the Tekken series. An android created by scientist Dr. Gepetto Bosconovitch, she is modeled after his late daughter (also named Alisa). Despite being a robot (which only few people know), she is kind hearted and acts in a polite manner. She was originally created to serve Jin Kazama, current head of Mishima Zaibatsu.

Alisa was suddenly awakened from cryosleep by Lars Alexandersson. They were attacked by Jack-6 robots, but the girl quickly sawed them down with her chainsaw arms. While fighting, it is later revealed that she was built and programmed to protect Jin. After Jin orders her to attack Lars, but was defeated. Some time later, she was later taken to a hospital by Lars. She was then fixed up better than ever, and then a wrote a journal entry saying the forecast is sunny and today is going to be a good day.

A combat android created by Doctor Boskonovitch, an authority of robotics and the man responsible for Mishima Zaibatsu weapons development. As she is equipped with next-generation A.I., she is capable of extremely human expressions and reactions, but she can also sometimes say quite strange things. She was created to protect Jin, and can carry out other orders if he orders her to do so. Along with weapons such as chainsaws and the ability to fire off her fists, she has thruster wings stored in her back which allow her to fly. She can also use her freely detachable head as a bomb

Alisa makes his debut Chapter 11: Across Infinite Time as an Boss Unit. She at the beggining is reprogrammed by S.I.N. for capture Jin and kill Heihachi with Juri and V-Dural, however, due Heihachi's new appearance, she proceeds to capture him for interrogate him instead of killing him, but she is defeated and retreats from the place. Later, she reappears in Chapter 17: Operation Crackdown, who received updated information about its targets and proceeds to kill them, but in his defeat, she recieves a program error and retreats from the realm. However, the original Alisa's head is set on the biggest detonator statue, she reveals that she's using an old backup program since her main program storage was in her body. So Arthur, being a chivalry knight, decides removing his head, but the magic power of the statue it's skyrocketing, preventing the heroes from moving. She then mentions that she can blow up the statue using his head like a bomb, so after giving a farewell speech, she sets off the Spam Bomb at maximum output and the heroes are transported to Wonglide.

In Chapter 19: Thus Spake Eternity, his body was in the coffin waiting for repair after his battle against the heroes, where T-elos naively thought that there was KOS-MOS. However, the program error who received in his fight it has erased her from the control of S.I.N., so he recognizes his master, Jin, however, still maintains its mission to kill Heihachi, so Jin orders Alisa to reset her system. After his reset, Jin orders her to remove Heiachi from his target list and that Alisa joins the heroes in the battle, so Alisa changes to being a Solo Unit.

When push comes to shove, she fights seriously. Along with her chainsaw arms, she can also attacks using her Rocket Punch as well as using her Spam Bomb, a technique which literally uses her head as a bomb.

Her theme is the Tekken Tag Tournament theme, Same as Heihachi Mishima and Ling Xiaoyu. 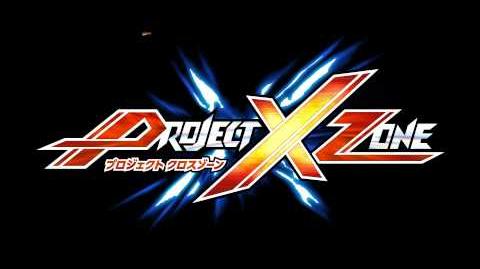 Alisa on Her Swimsuit from Tekken 7

Retrieved from "https://projectxzone.fandom.com/wiki/Alisa_Bosconovitch?oldid=18155"
Community content is available under CC-BY-SA unless otherwise noted.